Here it is, only 6 months after announcement! The Canon 24-70mm f/2.8L II has finally arrived.

I’d love to say something like: “Never have so many forums contained so many threads containing such strong opinions from people who’ve never touched a lens.” But that would be silly. It happens just about every time a new lens is released.

Depending on whose opinion you read, the new lens is either the sharpest zoom every made or an overpriced piece of junk that nobody should buy. It’s been trashed for its price, for not having image stabilization, and for its filter thread size. Posted images made with it have been praised as sharper than primes and condemned as no better than its predecessor.

I can’t say I’m thrilled with the Mk II’s price, but the original Canon 24-70 could certainly be improved on. The original is a good lens, but not up to the standards of, say the Canon 70-200 f2/8 IS II. It definitely has some reliability issues and a lot of copy-to-copy variation, at least some of which relate to its design.

On the other hand, the Tamron 24-70 provides the image stabilization so many people want, but it’s beginning to show some reliability issues, too. Still, it’s $1,300 and has image stabilization. The new Canon is a breathtaking $2,300. For that kind of money it better have world-beating performance. Heck, for that kind of money it ought to carry my camera bag, frame the shots, and do the post-processing for me.

This isn’t a lens review. I am not a reviewer. I don’t spend days evaluating a single copy of a lens for all of its traits and characteristics, nor do I take hundreds of really great photos with it and describe how it works in the field.

What I do is test multiple copies of the lens for resolution and other basic stuff. I think that is particularly important with this lens, as its predecessor has, perhaps, more copy-to-copy variation than any high-quality lens I know of.

Looking from the side, the old and new lenses aren’t hugely different. The new one is a bit shorter. 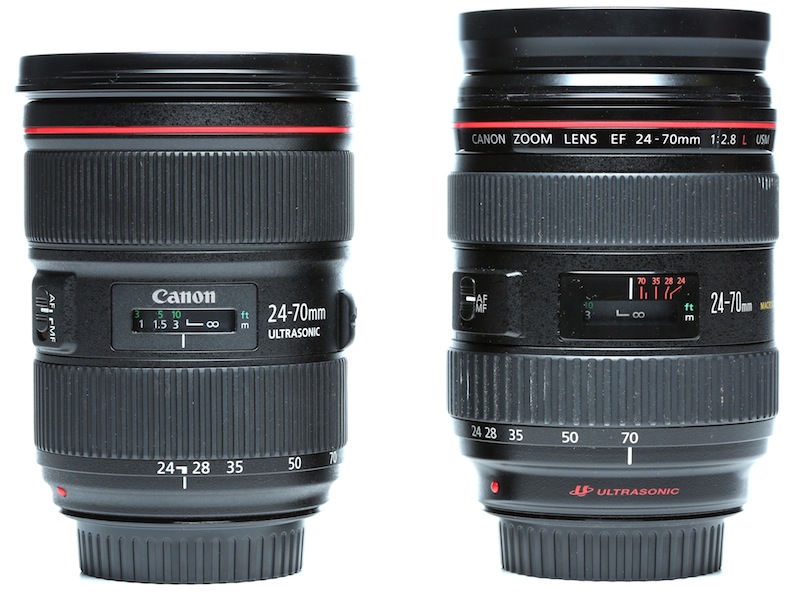 From the front, the larger 82mm filter ring is apparent. 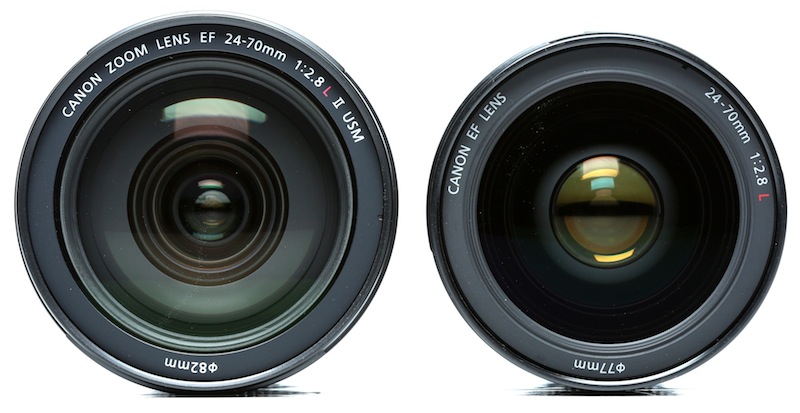 They extend a similar amount but the Mk II is extended when shooting at 70mm, like most lenses, while the old one extends to shoot at 24mm. 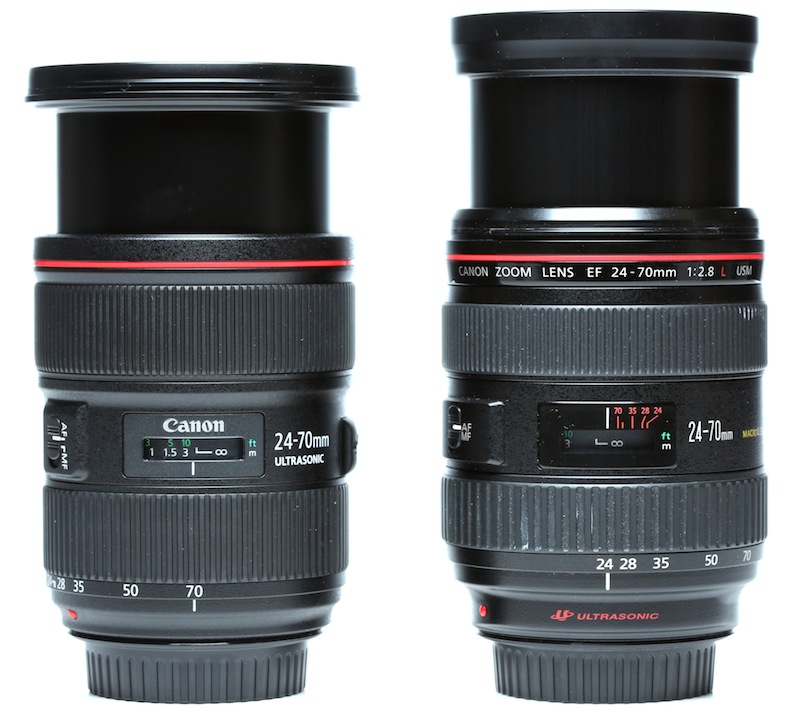 With hoods mounted you don’t notice the old version extend, since the hood is fixed and the barrel extends inside of it. 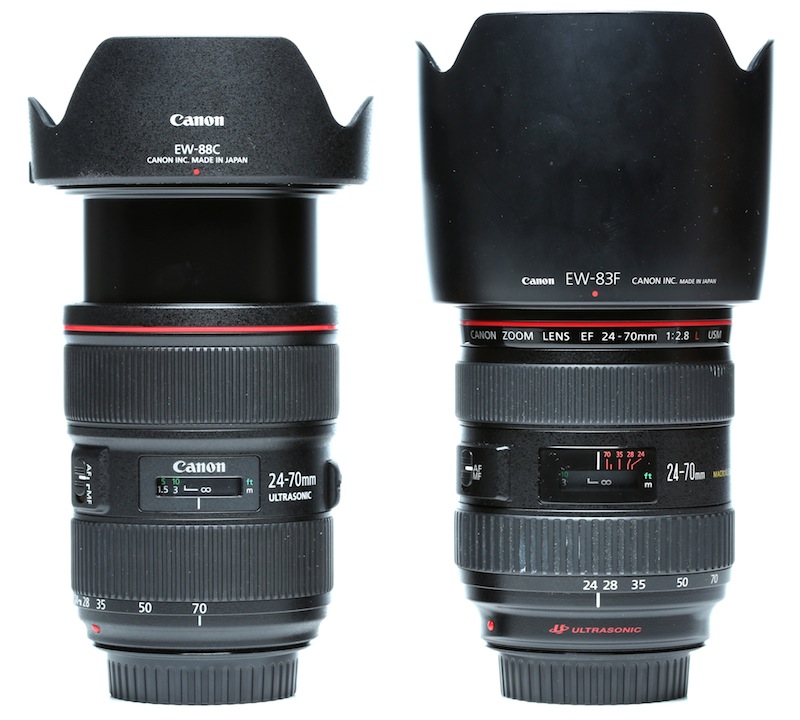 This is short, sweet, and simple. The resolution absolutely, positively kicks butt and takes names. It is way better than the lens it replaces. It’s better at 70mm than the best Canon zoom I know of, the 70-200 f/2.8 IS II. It’s even better at 24mm than the sharpest 24mm prime we have, the Canon 24 TS-E. In the center, in the corners, it doesn’t care. We only had 5 copies to test, but they were all very similar with little copy-to-copy variation.

Resolution is not everything, of course. But it’s certainly an important thing. Unless the real lens reviewers find some dramatic problems with this lens, I’d have to lean towards worth-the-money on this one. I can’t believe I’m saying that a $2,300 standard zoom is worth the money.  But then again, I can’t believe I’m seeing a zoom lens out resolve a $2,000 world-class prime, either.

Tweet
Posted in Resolution Tests
The Effect of a Decentered Lens on Autofocus
A Peek Inside the Canon 24-70 f/2.8 Mk II