Some Mirrorless 5X Macro Fun. (Too much fun, actually).

I generally don’t write separate reviews on items. I put a ‘take’ up on most items we rent, letting people know what I think about it. That lets me be neutral because it doesn’t make me any difference what people rent as long as they’re happy with it: the return on a $10,000 lens and a $200 lens is the same to us. So if I think a product isn’t good I’ll suggest something else.

Every once in a while, though, I’ll evaluate a piece of equipment as a possible rental item and really be impressed with it. Impressed enough to write something about it even though we don’t even stock it for rent (yet). That happened today. We received a Nanoha Ultra Macro lens for mirrorless cameras that I’d ordered to evaluate as a possible rental item. Let me start by saying my expectations were low. The lens is made from a microscope objective so it has a maximum f/11 aperture. It has some LED lights on the front which I usually think of as something cheap and ineffective. If you Google Nanoha you get 42 pages about a female Anime character. But they had some nice images on their site, and I thought it might, might be worth a look.

I was a bit more impressed when I opened it up: the LED lights are powered by a small self-contained unit with two AA batteries, and the LEDs were really pretty bright. Everything was well built and the instructions were clear. The focusing and aperture rings were smooth and solid. It comes with 5 little holders to put stuff in at just the right distance in front of the lens to focus on it (shooting range is a rather close 8 to 11 millimiters), which I thought was a nice touch. 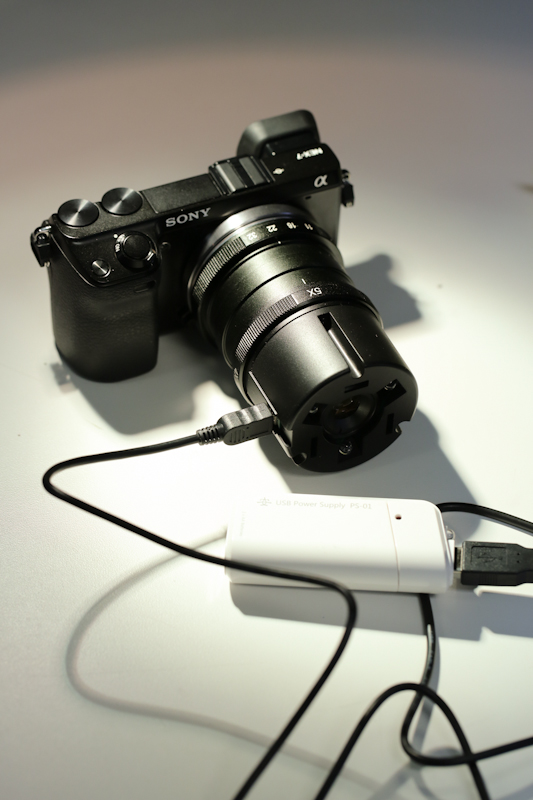 Nanoha 5X mounted to an NEX 7

You can shoot without the holders (which we did). A nice tripod with a focusing rail is not a must, but it’s near to a must. So it’s a really limited, one-trick pony lens that shoots things at 4x to 5x Macro. Like, say, the Canon MP-E 65 5x Macro lens. Not something most people would use everyday, but really just an absolute blast to play with. How much of a blast? Enough that the entire inspection department got yelled at and told to get back to work after I led them on a scavenger hunt for more little stuff we could take pictures of. All work ceased for an hour while 7 of us were fighting over who got to play with it next.

Since we had such a good time with it, I thought I’d share some of the images Tim made with it. I’ll post a Nanaho Macro shot, followed by a standard shot of the same object. See if you know what the Macro showed before looking at the item in a standard image. 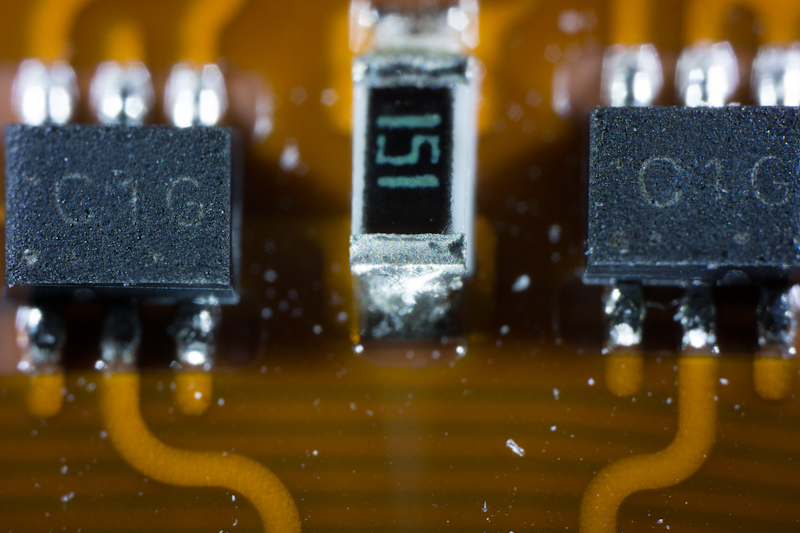 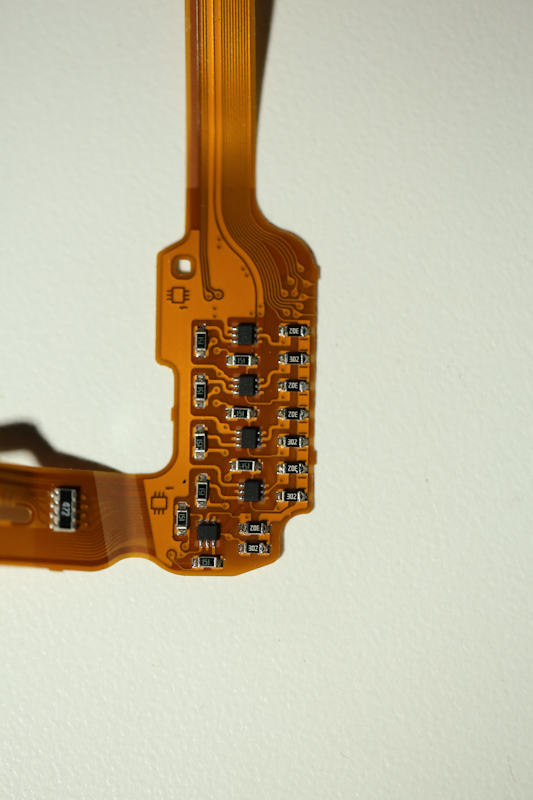 Ribbon cable with chips and fuses 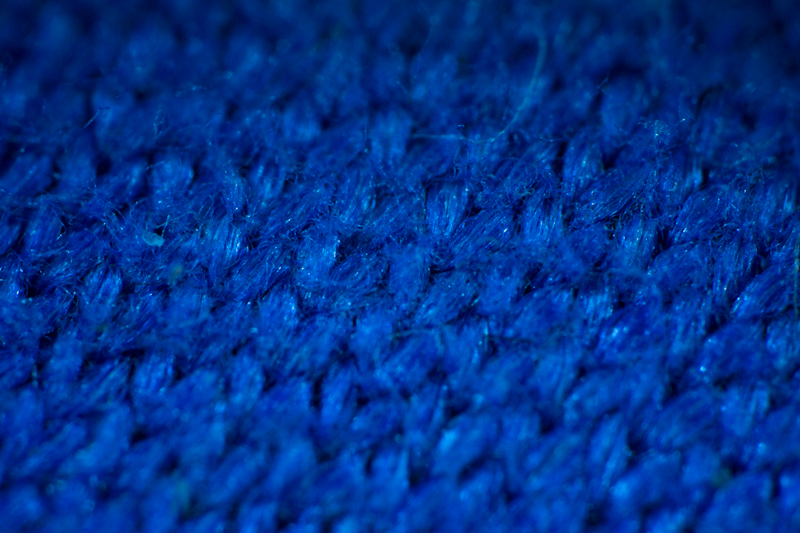 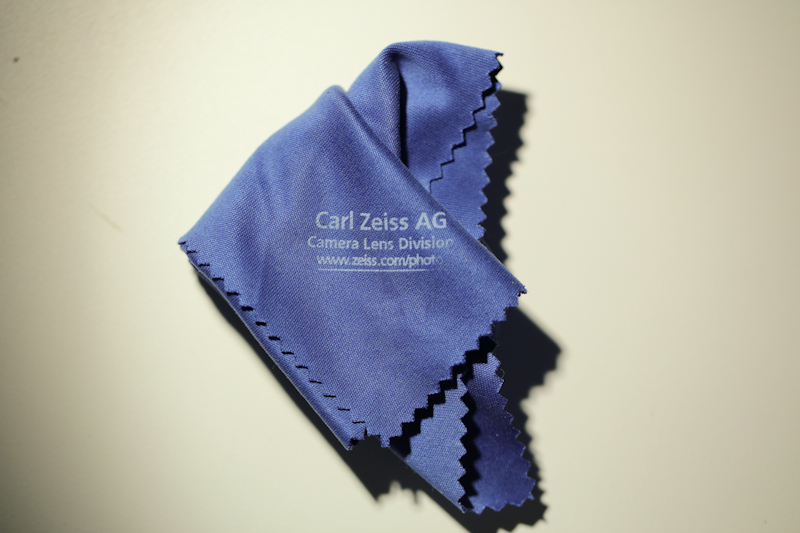 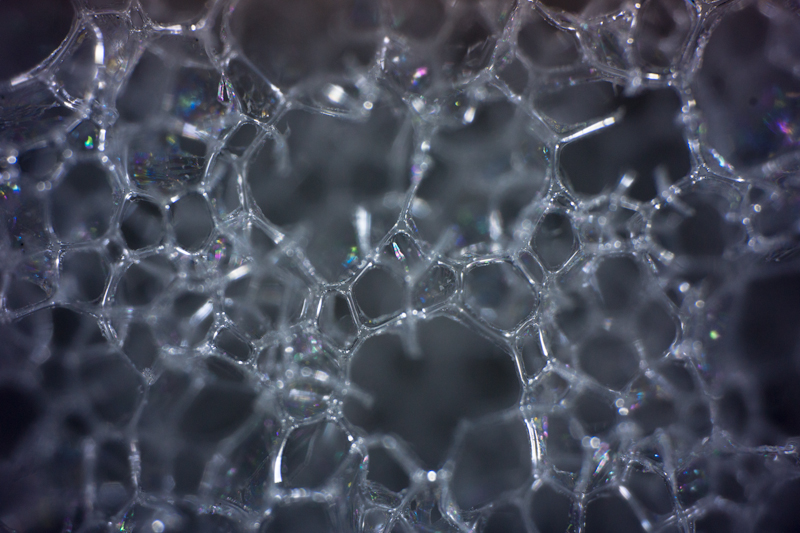 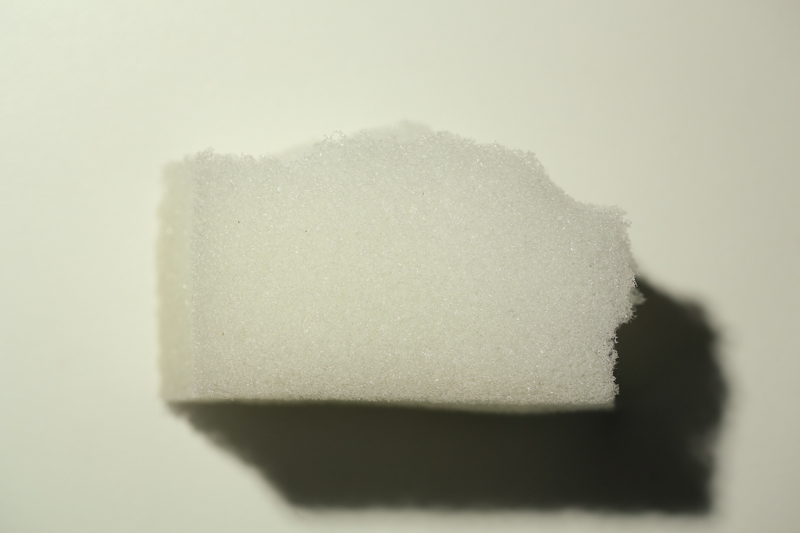 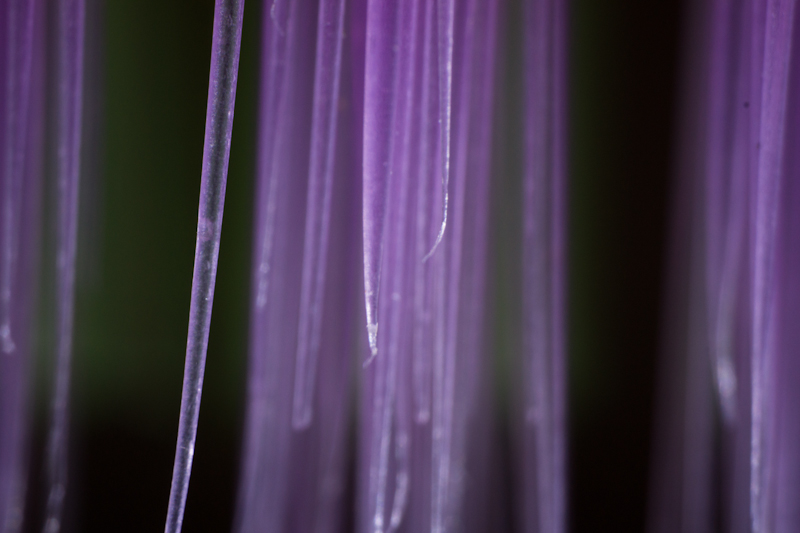 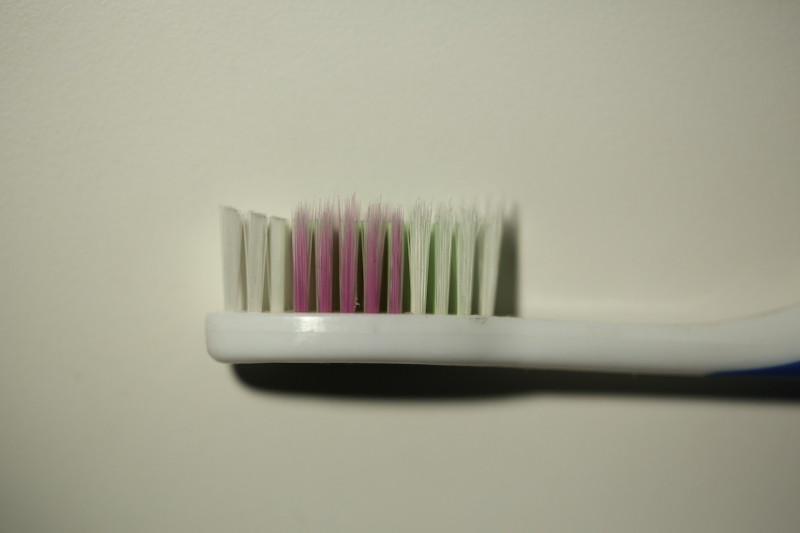 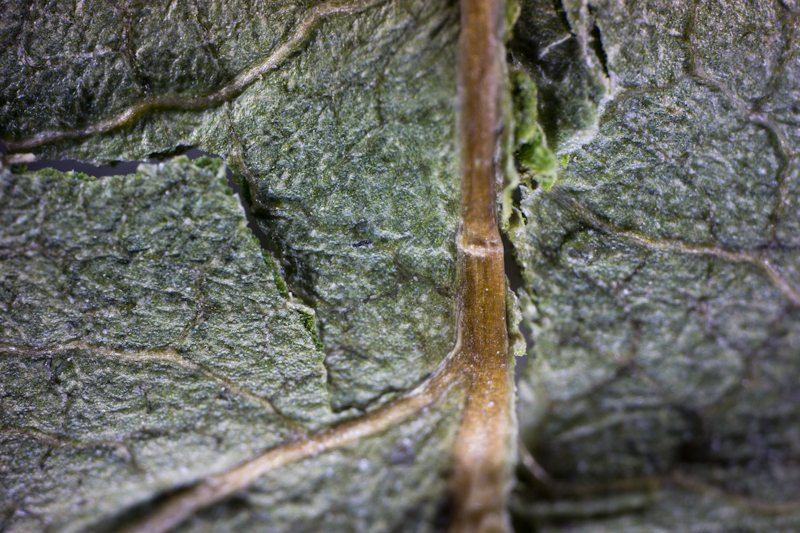 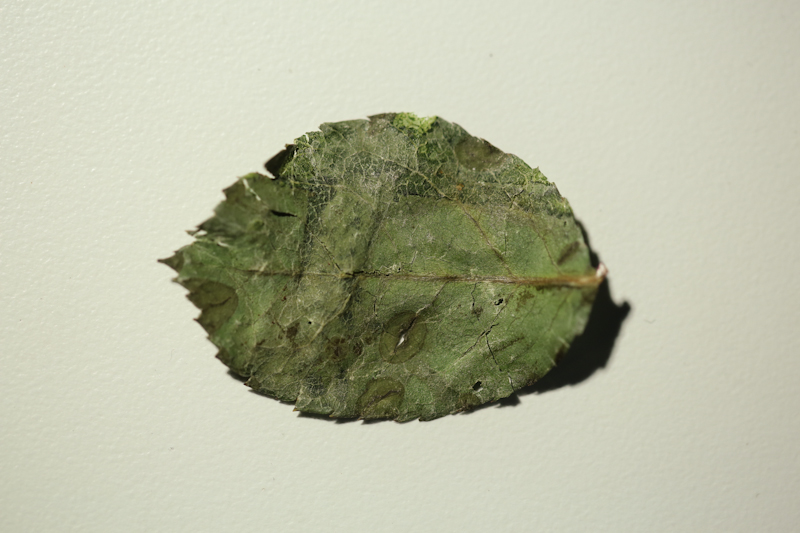 And a few more images that I didn’t have regular shots of. In two of the three cases because we ate or drank the photographic subject before we could do regular shots. In the third case, well, he (or she) escaped. 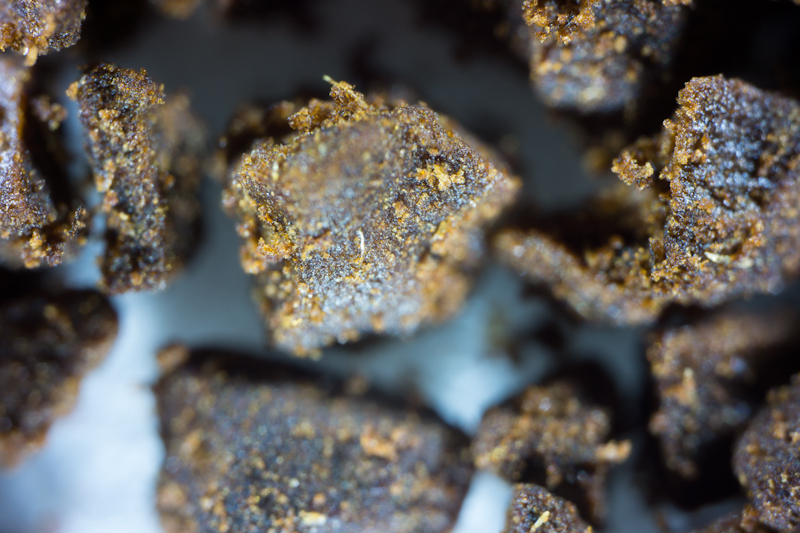 Ground coffee (Brazillian Monte Carmelo for those who are into it as much as we are).

A piece of bread (whole wheat, I believe) And what would a Macro post be without the obligatory spider? I mean it’s the macro lens equivalent of the pet dog shot we all take with a new portrait lens, right? 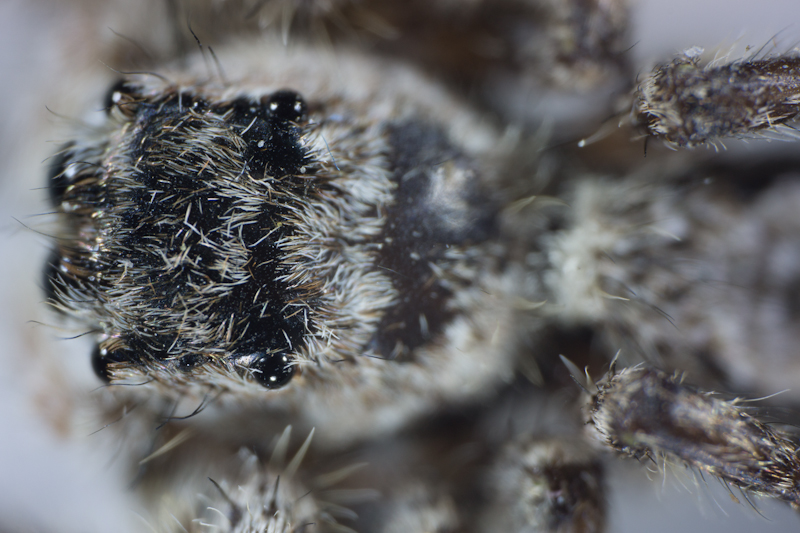 Obviously we like this little lens. There was a fight over who got to take it home tonight, and there’s another brewing over who gets it for the weekend. We’ve ordered a couple of copies for rental items, but if you’re a m4/3 or NEX shooter who’s into this kind of thing I’d buy one. At $480 it’s reasonably priced, especially when you consider it comes with a built in light.

Remember, though, the working distance is 8 to 11 MILLIMITERS. You’ll either want to take pictures of things  you can put in the little plastic holder, or you’ll want some macro photography aids like a focusing rail and things to hold your subjects in position. But if you’ve always thought “I wish there was a microcsope type macro lens for 4/3 or NEX format, well, now there is.