Not Surprisingly, D600 Dust Issue Gets Better Over Time

A while back, I started an article on this topic with the sentence “We tend not to get too excited about sensor dust problems here; we clean sensors on every camera after every rental, so it’s just routine.”

Unfortunately, it seems that everybody else did get excited. Some people freaked out and ran screaming to the hills. Fanboys (including some with Nikon Authorized Service Center email addresses) went in full-attack mode, claiming we just don’t know how to clean sensors. I’m not sure that explains why we manage to keep the other 600 cameras clean, and only struggle with the 60 D600s we have, though.

At the end of the article I said I thought over time the dust would work it’s way out and the problem would lessen, and that we’d take another look in a couple of months to see. Which we just finished doing.

In the first post, we looked at 20 consecutive copies of the D600 getting inspected for rental. Routinely we need to clean 1 in 4 cameras, but all 20 copies of the D600  we looked at needed cleaning. This week we pulled another 20 copies and repeated inspection including  f/16 blank wall photographs. We have about 60 of these cameras so these aren’t necessarily the same 20, but all 60 were delivered within a week of each other and all are from SNs SN 300xxxx or 301xxxx.

At the time of the first article, the cameras tested had all been rented once or twice, now they’ve been rented 4 or 5 times. If we were right, and the dust was something that was going to clear up with time and use, we hoped the difference would be showing up by now.

Things are definitely better. Where 20 of 20 cameras required cleaning 6 weeks ago, only 11 of 20 did this time (our average for all SLRs would be about 5 of 20).

The location of dust also is looking more normal. When we took all 20 photos and stacked them up in the last article, virtually all of the dust was in the upper left 1/3 of the image, and they were large round specs. While there was still some upper left tendency this time, it wasn’t nearly as pronounced and dust was more evenly distributed around the sensor. And instead of big round chunks, the dust was much smaller in general. In other words, the D600s look more like other camera’s dust after a couple of months of use.

Like we did in the first article, I took all 20 images, stacked them in Photoshop using “darken if” to give you a summary of all the dust on all 20 cameras.  Again, 20 cameras, not one single sensor. (Now when some Fanboy reposts this picture and says it’s a single D600 sensor, we will have documented that they can’t read.) 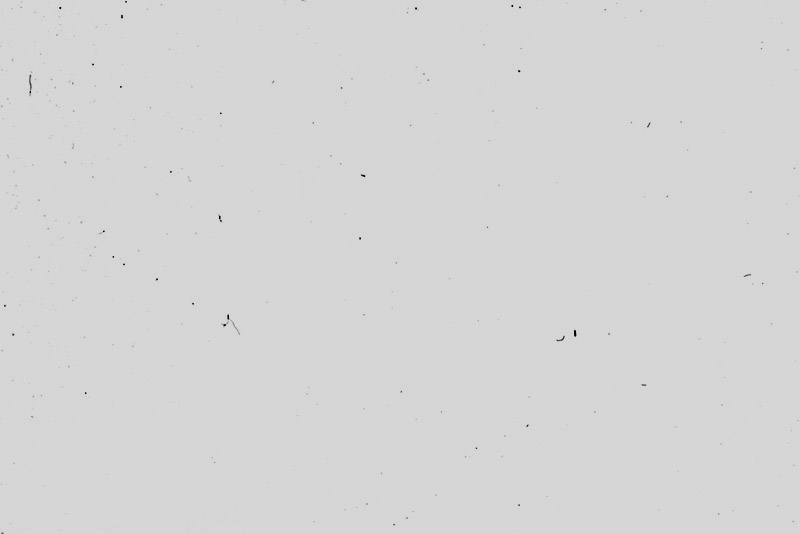 As you can see, the dust particles are smaller (except for a couple of threads that were from one camera) and more evenly distributed, as they are on other cameras. There’s still more in the upper left portion, but not nearly so concentrated as we saw two months ago.

So it looks like the problem is going to be something you see early in ownership that clears up over time. For our renters, we’ll keep the warning up for another couple of months since they still have a bit more dust than most. It’s always a good idea to double check before you go out and shoot those irreplaceable shots.