Because we present our work to other people it is important to understand some basic aspects about how we perceive detail.

Human vision works quite differently than our cameras:

All detail we can see is not based on absolute tonal values but based on contrast. The eye is extremely sensitive to very small brightness changes. This makes the concept of contrast so important.

Global contrast measures the brightness difference between the darkest and brightest element in the entire image. Tools like Curves and Levels only change global contrast as they treat all pixels with the same brightness levels identical.

The mid-tones normally show the main subject. If the mid-tones show low contrast the image lacks “snap”. Adding more global contrast to the mid-tones (“snap”) often results in compressed shadows and highlights. Adding some local contrast (see next) can help to improve the overall image presentation.

Good lenses can improve the contrast too. This may not always be welcome if the scene is very contrasty. 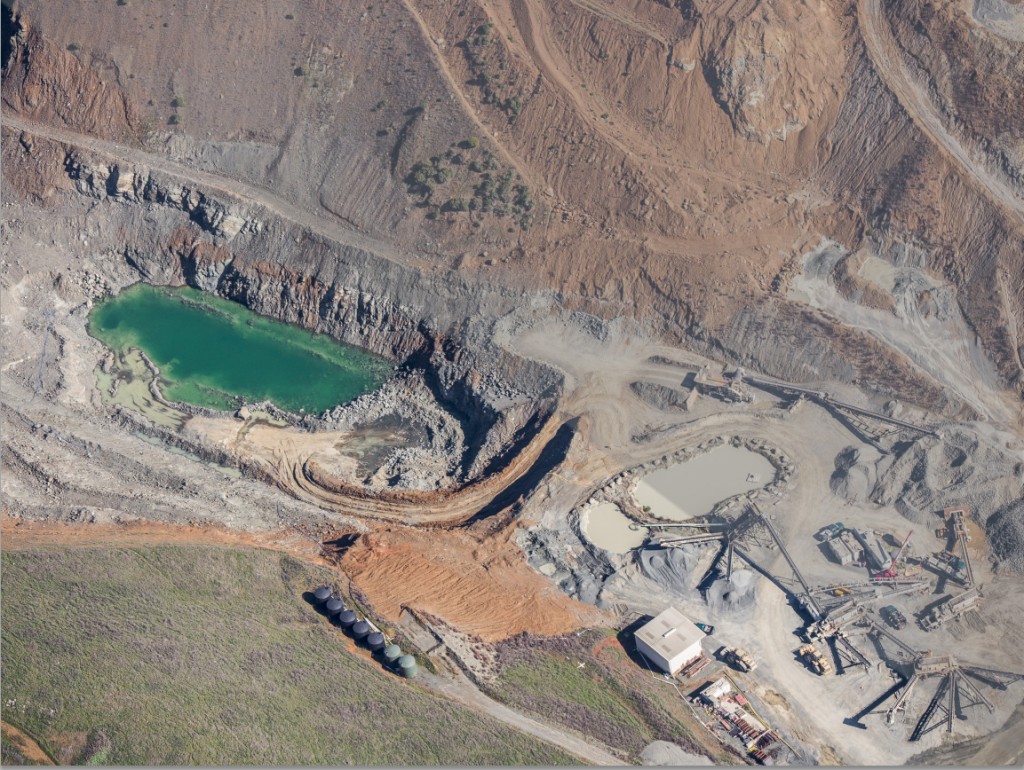 Both show the same image at a different contrast level. The upper right part looks hazy in comparison. But also the comparison is a problematic tool because the more contrasty version will always grab your attention (compare images printed on matte and glossy papers). 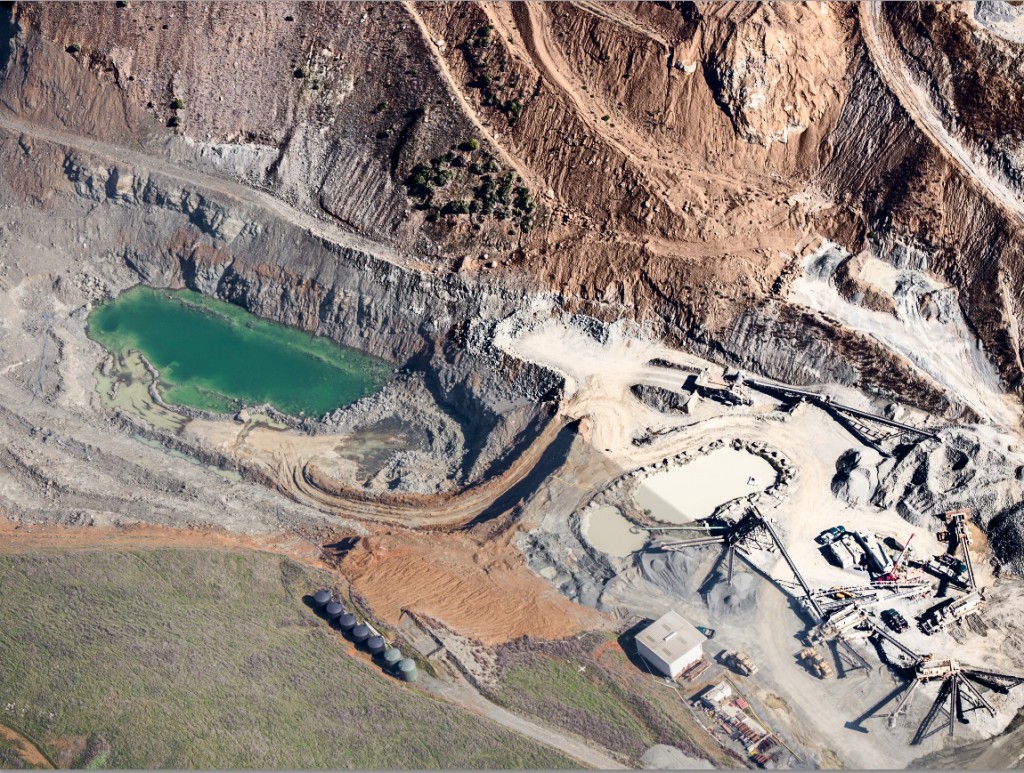 The image starts to look harsh (upper right). Actually contrast and smoothness (opposite of harshness) need to be balanced. If maximum detail is your goal you may add a bit stronger contrast while other scenes require lower contrast levels. Even very low contrast scenes (e.g. fog) need a certain amount of contrast to look right. Once you add too much contrast you may remove the fog and turn it into a normal low contrast scene.

The following chart helps to understand the concept of local contrast.

The circles in each row have exactly the identical brightness levels. Yet the top right circle looks a lot brighter than the one on the left. Why is that? Our eyes see the difference to the local surrounding. The right circle looks much brighter with the dark gray background compared to a brighter background on the left. Just the opposite is true for the two circles on the bottom. For our eyes the absolute brightness is of less importance than the relative relation to other close areas.

This effect — called Retinex Theory  — was described in 1971 by Edwin H. Land (founder of Polaroid).

Some of the Basic Lightroom tools and Photoshop’s Shadow/Highlight act locally and do not treat all pixels with the same brightness values as identical.

The classic Dodge&Burn also manipulates the local brightness of contrast of images. Dodge&Burn is still one of the top methods to refine images because our own eyes judge how the image is presented to the human eye. In some way modern imaging tools like Lightroom’s Highlights and Shadows reduce the need for manual Dodge&Burn without replacing them. The main local contrast tool in Lightroom is the Clarity tool.

There are some controls in image editing that have ‘global’ action. With global we mean that they treat all pixels equal and only depend on the single pixel value itself. Classic global controls are Levels and Curves (also the Tone Curve in Lightroom).

Often more interesting are tools that act more local. The main tools in of this type in Lightroom are Highlights, Shadows and Clarity.

Local contrast corrections are also not free lunch. They can often add wide halos if used at strong settings. Here is a sample in Lightroom with Clarity set to 100 (10-20 may be more reasonable settings): 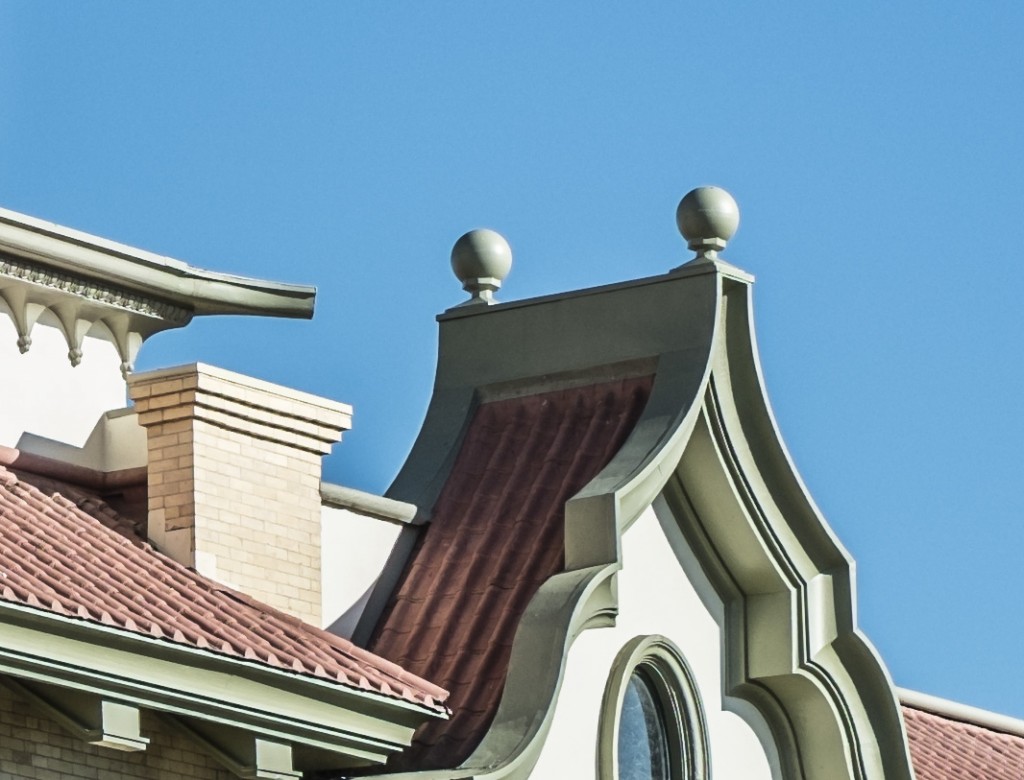 Sharpness is created by local contrast at edges. What is in your way of optimal sharpness?

Nothing lost here can really be recovered. Still good sharpening can give a very much-improved impression by improving the acutance (edge contrast). Sharpening is a balance act:

The following crop from the above image (magnified) shows some halos that would be too strong for our taste: 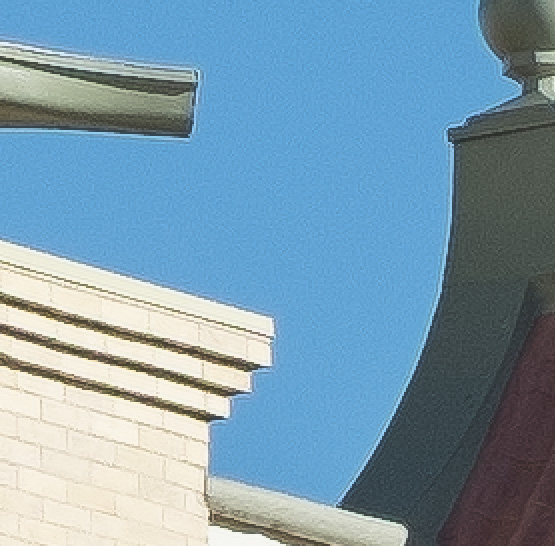 We think our own Optimal Sharp V3 script for Photoshop helps to improve fine details and yet minimize some of these artifacts. Here is a sample where sharpening with Optimal Sharp V3 makes a major difference: 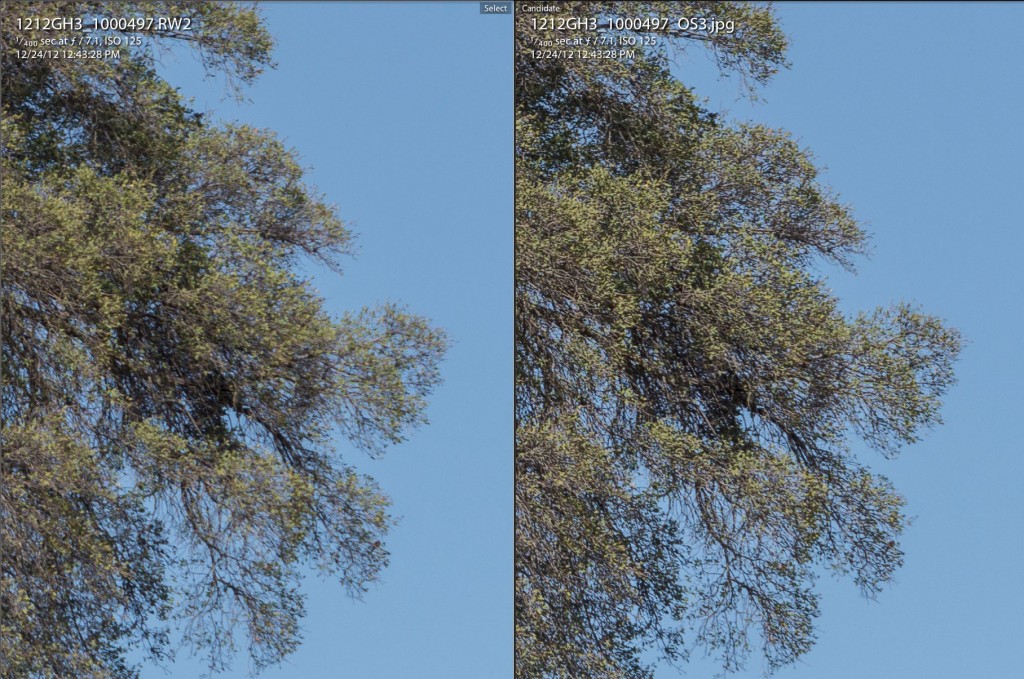 The detail you can get from your system is of course limited by the sensor resolution. The other important factor is noise. At some point it is impossible to distinguish noise from real detail. It may not really matter for grungy scenes (e.g. rust) but in smother areas it does not look good (e.g. the sky in the above building image showed also more noise dues to over sharpening).

Note: in the camera forums we often read that camera X does not show any noise at ISO 800-1600. Not sure what these people are looking for. Noise with top cameras can even be revealed at ISO 100 once you open up the shadows. More truthful would be to say: The images from camera X can still produce usable images at ISO 800-1600. Often taking a picture at ISO 1600 maybe the only way to get the shot. Then we live with the noise but it is still there.

In the end the whole system of camera, lens and post processing defines your result. While a good camera and lens are always the best starting point the processing matters as much. Tuning Contrast (global and local) and sharpening play a central role and have to be well balanced. Also don’t forget that in the end the image content counts and not all our pixel peeping. Don’t forget to have fun with your photography.