Happy New Year! We don’t post as often as some other blogs because we try and develop well researched, insightful blog posts. Even though we don’t post often, over the course of the year, we develop a LOT of content. This year, we think we developed some really good stuff. We’ve broken our most interesting posts down into a few different categories to share with you.

A History of Photography

Roger has two loves: history and photography. Over the past 18 months, he has combined his two loves into an incredible series documenting the development of early lenses and cameras. These articles are thorough, but not boring, and often feature Roger’s humor as well as his love of puns. Enjoy! 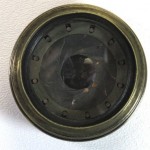 Well, since I’ve titled my other two “History of Lenses” articles with puns, I figured I’d continue the trend. Although I’ll admit this is the worst. But I loves me some puns. 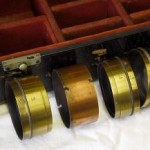 Who Invented the Telephoto Lens?

Despite the numerous requests, (OK, it was 3. But 3 is a number, therefore I can call it numerous if I want to) I still wasn’t going to write about the development of telephoto lenses. Except that all three people who said “so and so first developed the telephoto lens” were wrong. None of them named the person who first made telephoto photographs. 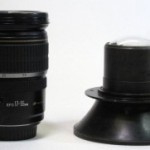 The Development of Wide Angle Lenses 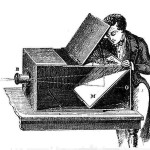 The Chemists, The Potter, and The Aristocrat: Imaging Before the Photograph 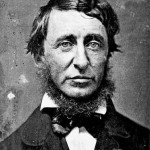 The Showman, The Sheriff, and the First Cameras

In my last article, we discussed the first image makers, up until the late 1820s when Niepce had actually been able to make images using a camera obscura and silver plates coated with Bitumen of Judea. On his way to England, Niepce had been introduced to a most interesting man, Louis Daguerre, probably by Charles Chevalier, the lensmaker they both used. 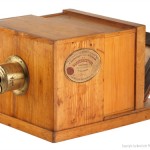 1839 and the Frenzy That Followed

By the middle of January, news of Daguerre’s invention had spread around the world. The actual techniques used remained secret, however, as the French government had not yet officially agreed to buy the invention from Daguerre, but the fact that photographs had been made and exhibited caused a frenzy everywhere. 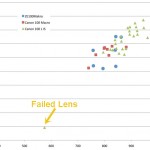 Notes on Lens and Camera Variation

A funny thing happened when I opened Lensrentals and started getting 6 or 10 copies of each lens: I found out they weren’t all the same. Not quite. And each of those copies behaved a bit different on different cameras. 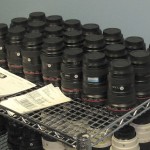 The Limits of Variation

A few people were more than a little amused that I, the ultimate pixel-peeper, wrote an article demonstrating that all lenses and all cameras vary a bit; that you can’t find the ultimately sharpest lens.  Each individual copy of a given lens is a little different from the other copies. A single copy will behave a little differently on different cameras. Even on the same camera, autofocus the same shot a dozen times and the results will be slightly different.  So people started asking me ”If there’s variation, then what’s the sense in taking all those measurements?” 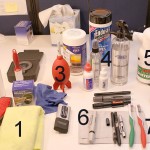 There are some articles I try hard to avoid writing. Politics, religion, the so-called benefits of UV filters and other things that get Fanboys riled up I avoid like the plague. So for two years, while people have asked over-and-over for me to write an article on how we clean lenses, I’ve politely refused. I’ve seen what happens to such discussions on forums 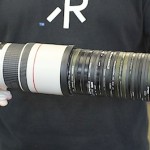 Anyway, one of the techs has to clean all those filters, make sure the threads are OK, and test them out. Honestly nobody likes to do it, so it gets put off until we need some filters or there’s just nothing else to do. So the other day Kenny is cleaning filters and testing the threads by mounting them one in front of the other until he made a nice mountain of 50 UV filters. 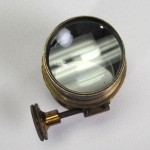 Reflections on Reflections. Coatings: The Most Important Part of Your Lens

Reflection is an interesting word with many meanings. To a philosopher it means careful or considerable thought on a subject. To an anatomist it means a structure that bends back along the path it came from. To a narcissist it’s their image in a mirror. To a photographer it usually means subjects mirrored in water, ice, or glass. 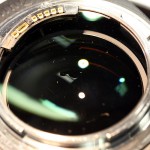 The Apocalypse of Lens Dust

Every lens has dust inside and you can almost never see it in a picture (99% of the time you can’t). But obviously there must be some point where dust is either big enough or there’s just enough of it to become visible, otherwise we could fill our lenses with mud and then go take pictures.

Tweet
Posted in Other
LensRentals 2011: Our Year in Review
The Great 50mm Shootout