Canon shooters have a bit of 400mm excitement right now. The biggest news, of course, is the release of the 100-400mm f/4.5-5.6 IS II lens, replacing the original version that’s had a very long, successful run. Not quite so much excitement was generated by the release of the 400mm f/4 DO IS II lens. It too replaces a long running lens, but one that has been considered more of a niche lens. (I’ll admit, though, it’s been one of my favorite niches. I used the 400 DO a lot over the years.)

Most surprisingly, neither lens was released at a huge price increase. The new DO II lists for $6900, compared to $6470 for the original version. The new 100-400 IS lists at $2200 compared to $1700 for the original. Both new versions promise several improvements to the older versions, but we were most interested in how good the optics might be. So, of course, we ran these through Imatest at 400mm the day they came in.

One thing I need everyone to be aware of: We tested these on the new, high-resolution film-transparency, backlit Imatest targets. These are particularly good for testing high-resolution telephoto lenses, but do give us higher resolution numbers than the larger, printed charts we use for more general testing. So, while you can compare the results of these four lenses today against each other, you can’t compare them to some older Imatest numbers for, say, the 70-200 f/2.8 lens and draw any reasonable conclusions.

We’re simply evaluating them today to see if the newer optics provide a higher resolution than the older ones. Of course, we expect them to, but it’s still worth checking. The original versions of both lenses were pretty darn good.

400mm DO IS Comparison 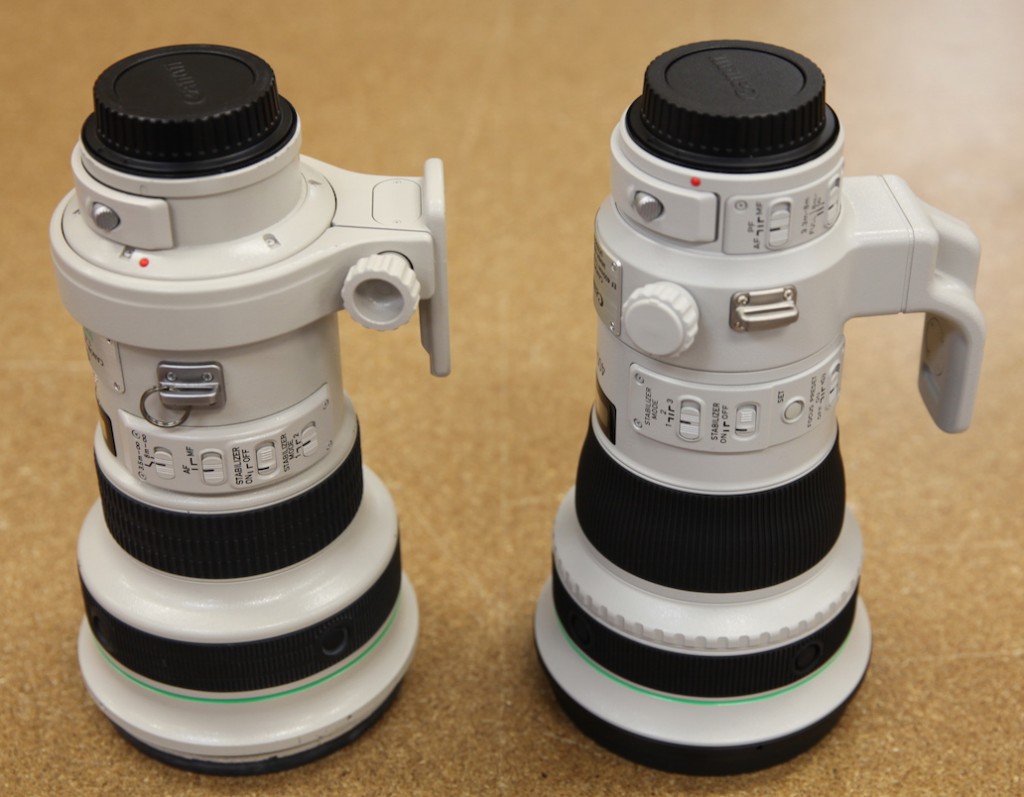 We’ll separate the two types of lenses, both because it’s logical and to emphasize that since we’re testing at widest aperture, one shouldn’t directly compare the f/4 lenses to the f/5.6 lenses. Both of the DO lenses were tested at a shooting distance of 30 feet. The results were a bit shocking.  We usually don’t test single copies, but in this case I had no choice. We only had one copy of each available.

Remember, telephoto lenses are generally much stronger in the corners than standard range lenses;  the angle of view is very narrow. So don’t compare these numbers to your 24-70mm zoom or whatever, that’s like comparing jet fighters and 747s. Different animals. And again, as I already mentioned, the test charts used for these tests are very high resolution, backlit film charts, so you can’t compare the numbers with someone else’s Imatest of a 300 f/2.8 or whatever on a printed chart.

But when just comparing these two lenses, the difference in resolution between the original 400mm DO and the Mk II version was rather amazing to me.  Canon said the new version has, “gapless dual-layered diffractive optical (DO) elements that help improve optical performance”.  Well, it certainly does. 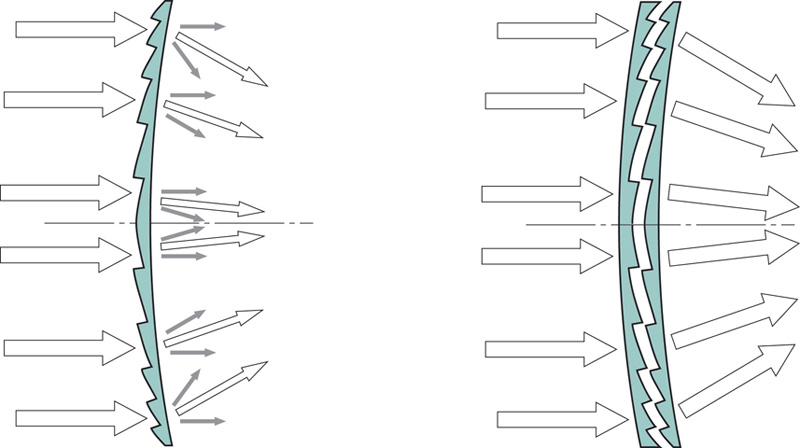 I don’t have the knowledge to add any more explanation about how it works, but the Canon Europe Infobank  does give some more background for those who are into that kind of thing.

The difference in Canon’s computer-generated MTF charts for the 400mm DO and 400mm DO II is pretty striking, and I think our results confirm that difference shows up in actual optical testing as well as in the computer ray tracing.  Canon also says the new design has much greater contrast, and I tend to believe that too, although we’ll all want to see images in a variety of lighting conditions.

From a resolution standpoint, though, this seems absolutely a superb upgrade.  This is a night-and-day difference. 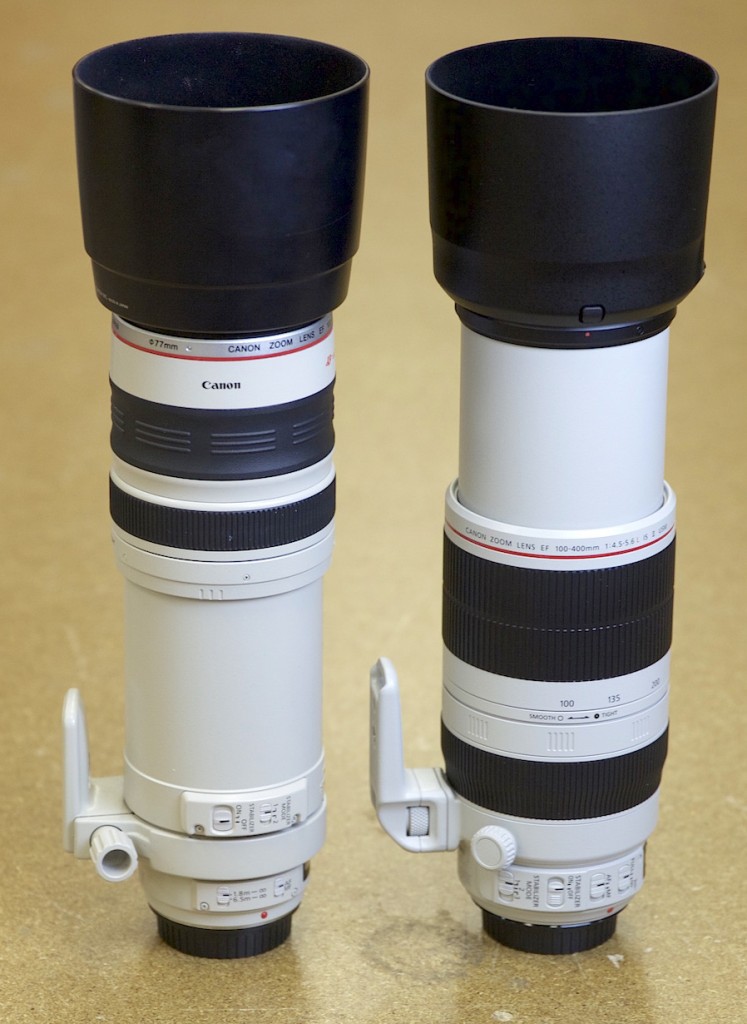 I’d love to be presenting you a complete test of these lenses at various focal lengths, but I’ve been out sick and am still only working part time, so more complete tests will have to wait.  Because we had plenty of copies of these, though, we did test four copies of each and average the numbers. Sample variation was not very large, but it’s still just four copies. Don’t take it as gospel until we’ve tested 30 or so.

The Canon computer-generated MTF charts suggest that the center of the image should be similar in both the old and new versions, but that the Mk II should be noticeably better off-axis and particularly in the corners. We do see that difference in the resolution tests, but I had expected the difference to be a bit larger. It’s certainly not nearly as dramatic as the DO difference.

From a resolutions standpoint I wouldn’t rush out to upgrade my old 100-400 IS L. The resolution difference is mostly in the corners at 400mm, and most of us are more interested in center and mid-field sharpness at that focal length.

Still, the fact that the new lens has a regular rotating zoom ring rather than a trombone barrel and much better IS system will be plenty of reason for a lot of folks to upgrade. (Personally, I liked the trombone, but I’ll give it up for the stronger IS.)