With offerings like the Nebula 4000, the Feiyu G4, and many, many more all being released around the same time, the handheld gimbal market is starting to look a little crowded. A lot of these products, though, are poorly made, badly designed, and just generally not worth your time. So how do you tell the winners from the losers in the race for stabilizer superiority? The first step is to decide on your priorities. It seems to me that a handheld gimbal should be light, easy to use, offer good (not great, we’ll cover that) picture quality, and be flexible and customizable enough to act as part of an existing workflow. For my money, the gimbal that best meets all of these requirements is the DJI Osmo. 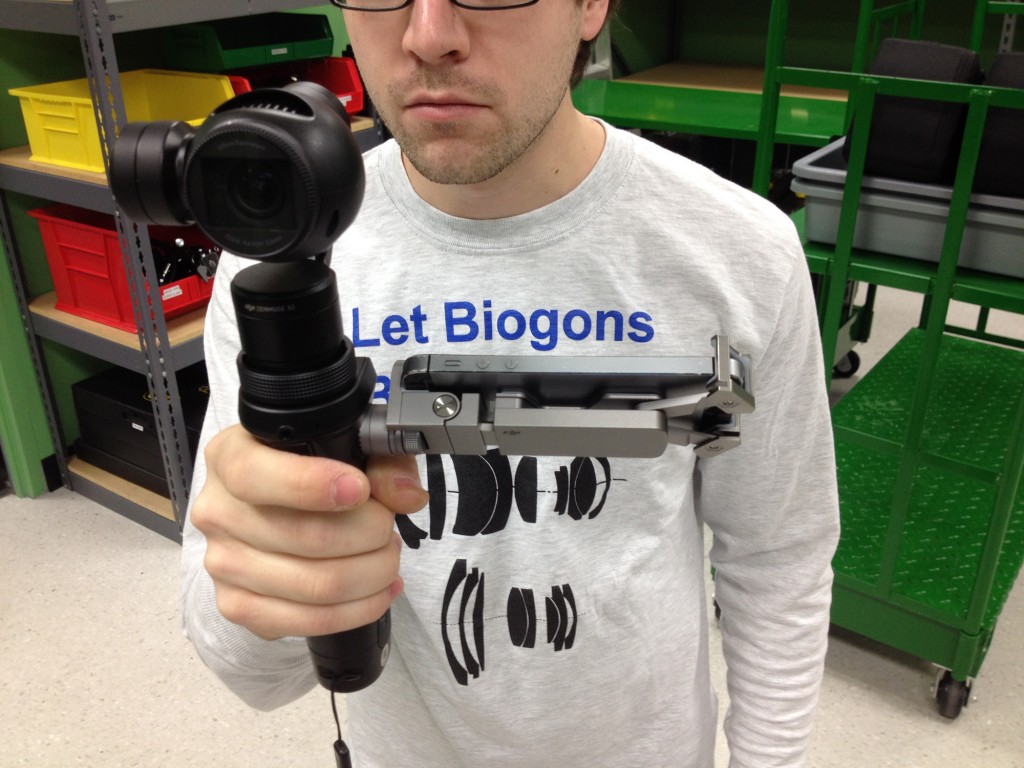 Those of you who are familiar with DJI probably know them from another increasingly-crowded market filled with shoddy, low-rent filler—drones. They’ve always stood out from that crowd by offering the highest-quality products at their respective price points. Sure, there are companies that make better drones, six-rotor workhorses capable of flying a Red Epic or an Alexa Mini. But there’s almost no one that can compete with DJI at the sub-$2,000.00 level. They’ve carved out a niche for themselves by making things that fall just short of professional demands but meet the needs of hobbyists without costing as much as a used car. The DJI Osmo has a lot in common with their drones this way, mostly for the better. The most obvious of these similarities is that the base-level camera the Osmo ships with has almost exactly the same built-in lens and sensor as the one in DJI’s Inspire One. There are some minor design differences optimizing it for gimbal use, but it’s optically identical. You can even buy a handle-only version of the Osmo if you already own the Inspire and want to use the camera you’ve got, but it doesn’t work both ways. The Osmo’s camera won’t work with the Inspire, just the other way around. 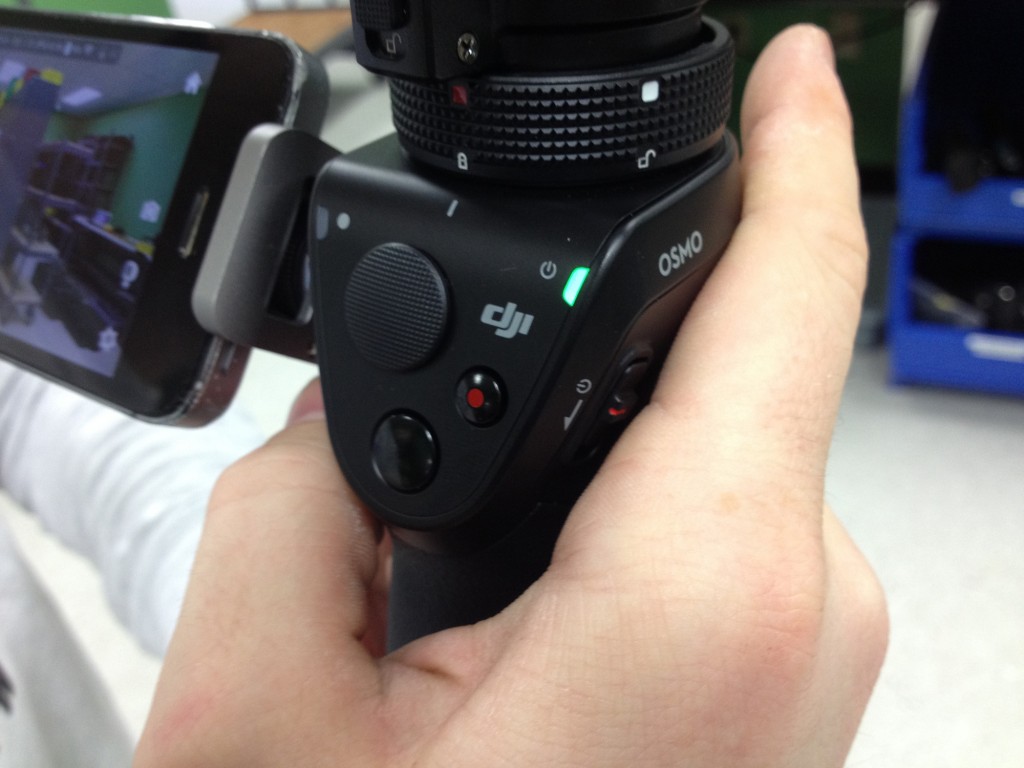 The obvious advantage of using DJI’s default camera is convenience. The system is already calibrated for the attached camera so it can be ready to shoot at a moment’s notice. Gimbals like the Nebula 4000 that allow you to attach a variety of third-party camera bodies and lenses require a sometimes-lengthy balancing process that has to be repeated every time you change lenses, which I think is the exact opposite of the point of a handheld gimbal. If you want to shoot handheld then you’re looking for something you can just take out of your bag and run with, not something that can take a half an hour of careful tuning before it’s ready to shoot. The disadvantage, of course, is that you’re kind of stuck with DJI’s proprietary lens and sensor, which leave you with a fixed focal length and less than stellar low-light performance. Thankfully, the camera module is removable and DJI has options with Micro 4/3 mounts and sensors coming in the near future. It remains to be seen what kind of picture quality and lens compatibility we’ll see with these, but they’ll certainly make the DJI Osmo more versatile, and we’ll stock them as soon as we can get our hands on some. The picture quality on the standard camera is about as good as the GoPro Hero 4, which I think is the only hurdle you really have to clear with a product like this. 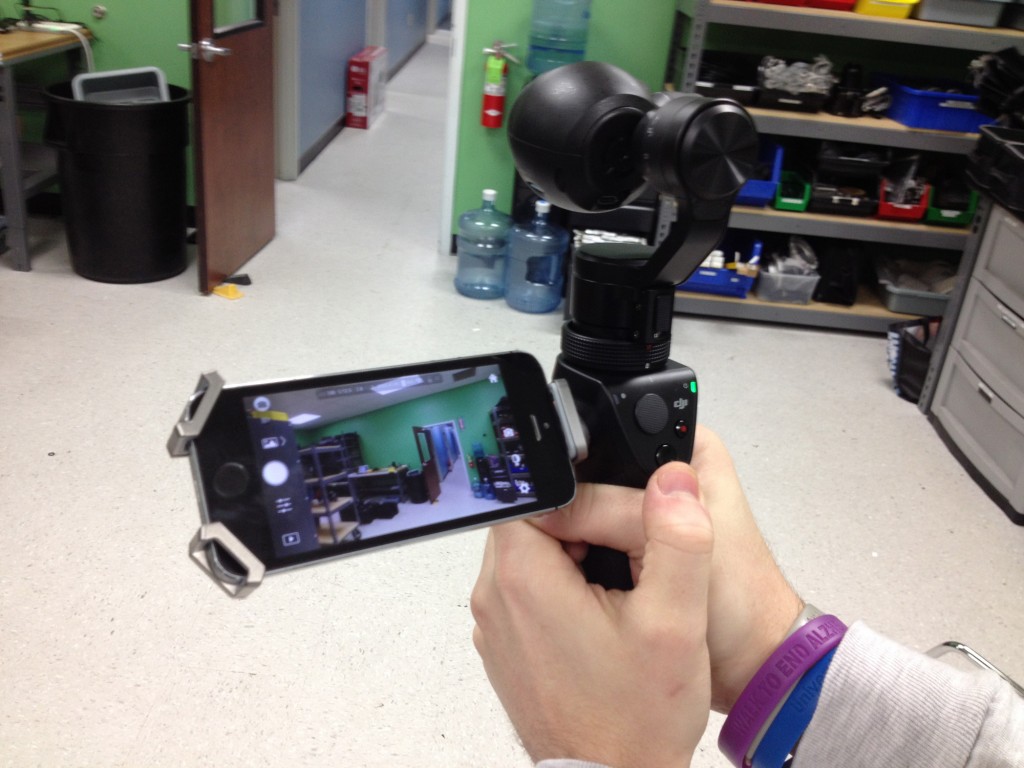 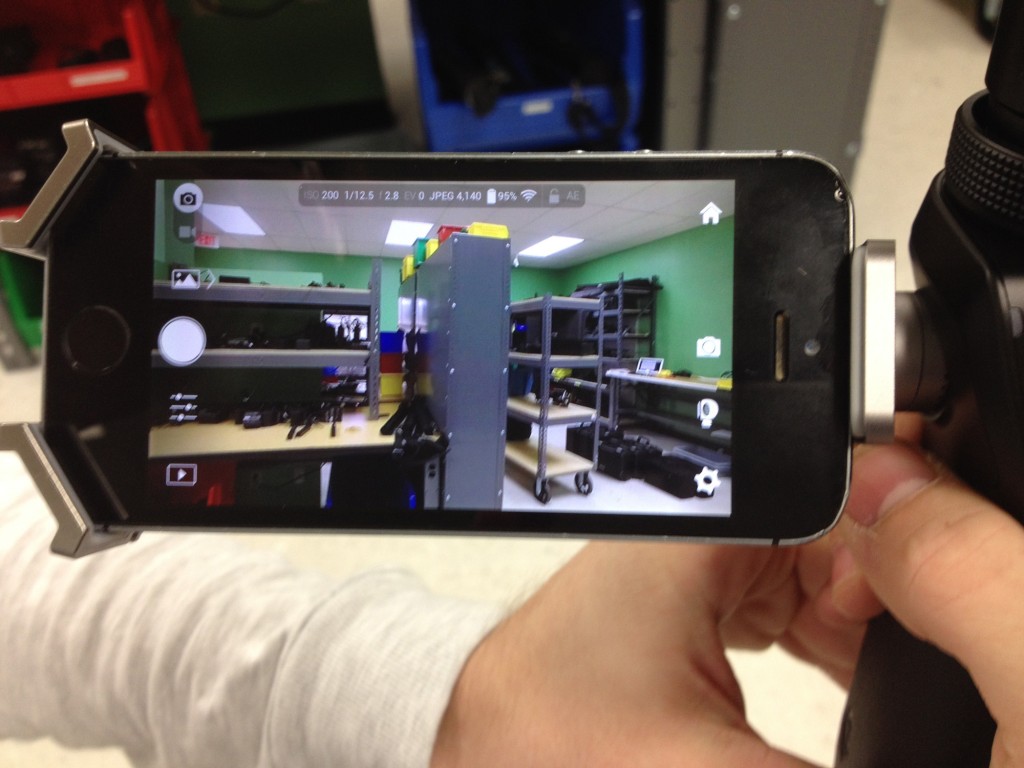 Control and user interface are great, provided you’re ok with a couple possible negatives. First, you’re going to need a smartphone to shoot with the Osmo. It’s possible to record without one, but your ability to control or monitor your shot will be pretty much nonexistent. It’s annoying to have to introduce complications like this to something for which simplicity is most of the appeal, and having to rely so heavily on a phone with (most likely) a built-in battery is going to limit your ability to record for long periods of time is a shame, but I get it. If you need to shoot all day then there are other products out there that will accomplish what you need much more easily, and why add $300 to the list price by including a touch screen when 99% of your users already own a device that functions just as well? I used an iPhone during my rental and, after initial setup, I didn’t have a single issue. The app is intuitive, functional, and well-designed, offering quick access to settings, plus slicker features like controlling pan, tilt, and focus using the touchscreen. It’s always risky to rely on apps and ad-hoc Wi-Fi networks, though, so reliability is definitely something to bear in mind if you want to use the Osmo for professional work. 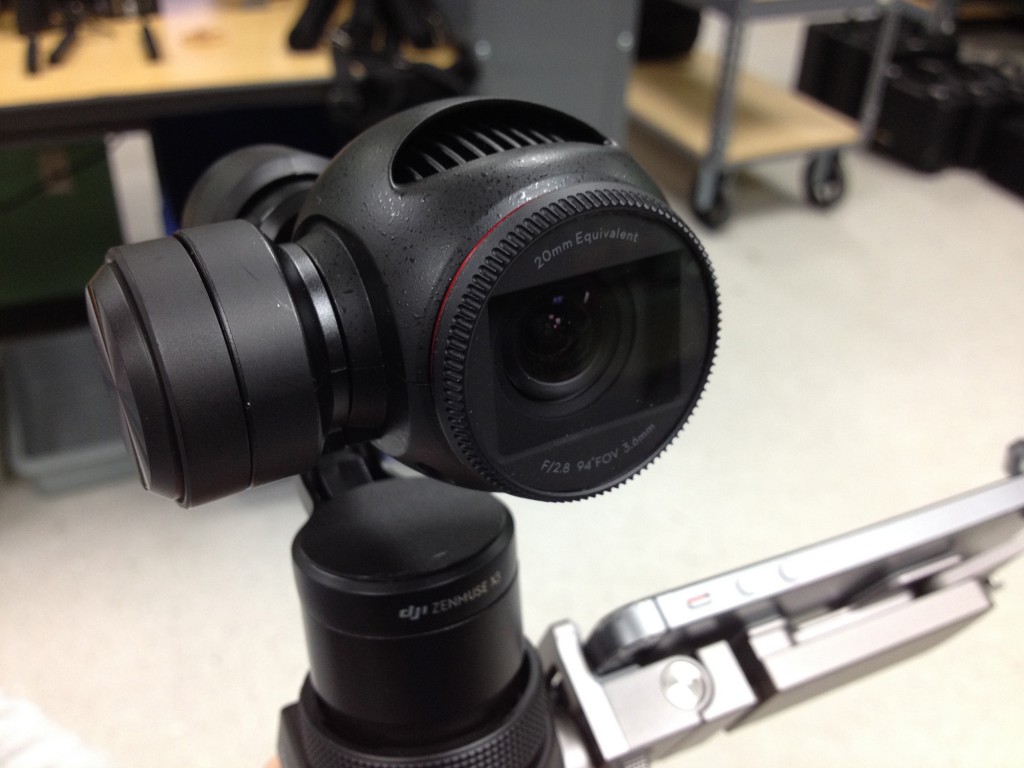 Overall, I’d say the Osmo is far and away the best handheld gimbal we carry, certainly better than its closest competition, the Feiyu G4, which works ok but has absolutely horrendous software that I’ve never been able to use. If you’re looking for great picture quality, solid reliability, and all-day use, I’d consider a Movi or Ronin. But if all you need is a quick, easy to use, handheld solution that will give you acceptable picture quality at a surprisingly low price, then the DJI Osmo is for you. Take a look at DJIs product page for more information and sample video and, as always, feel free to let us know if you have any questions. 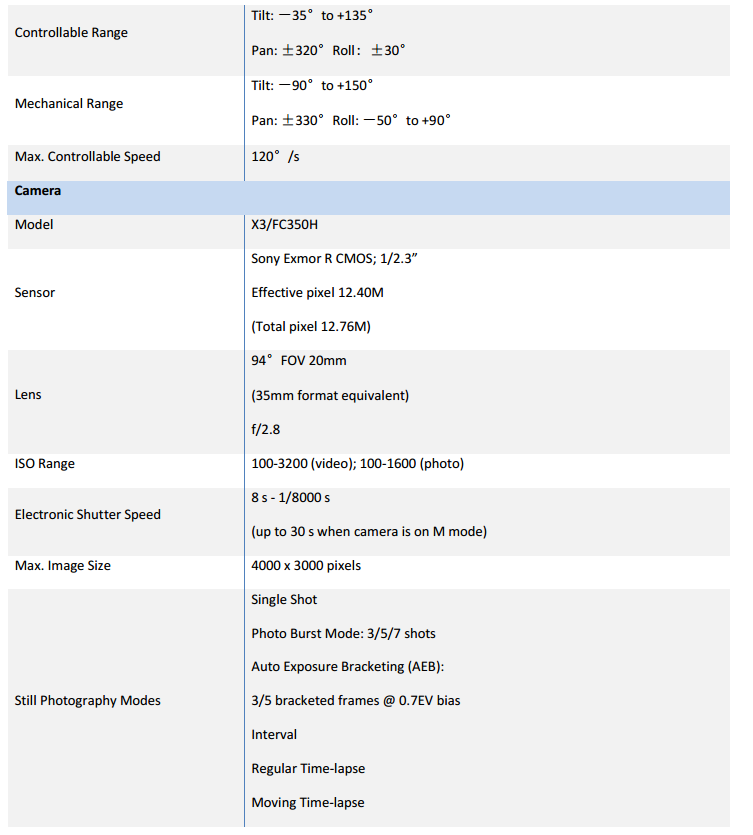 Want to give it a try for yourself? The DJI Osmo is currently available for rental for as low as $3.80 a day.